Why This Stuff Works

I believe in the work of the Mozambique Initiative with all my heart. Not just because it's my job and I'm paid to say that. And not because, in theory, it sounds like a great idea to help people who are poor in the remotest parts of Sub-Saharan Africa (although it does) ...but because what we do WORKS. What we do is actually impacting lives and changing communities. And not just in a temporary, band-aid-on-a-gaping-wound kind of way, but like, really, truly, helping communities to become healthy and self-sustaining. You see, our ministry is HOLISTIC and LONGITUDINAL. It looks not just at the individual, but at the health of the entire community. And instead of expecting a one-time gift before getting the hell outta dodge so that God doesn't acidentally call us to Africa or something crazy like that ...we actually expect engagement in partnership with our brothers and sisters in committed, long-term relationships. And it turns out that long-term, holistic investment in people and their communities actually changes stuff!! Here's is a perfect example of why it works and what I'm talking about from my last trip: 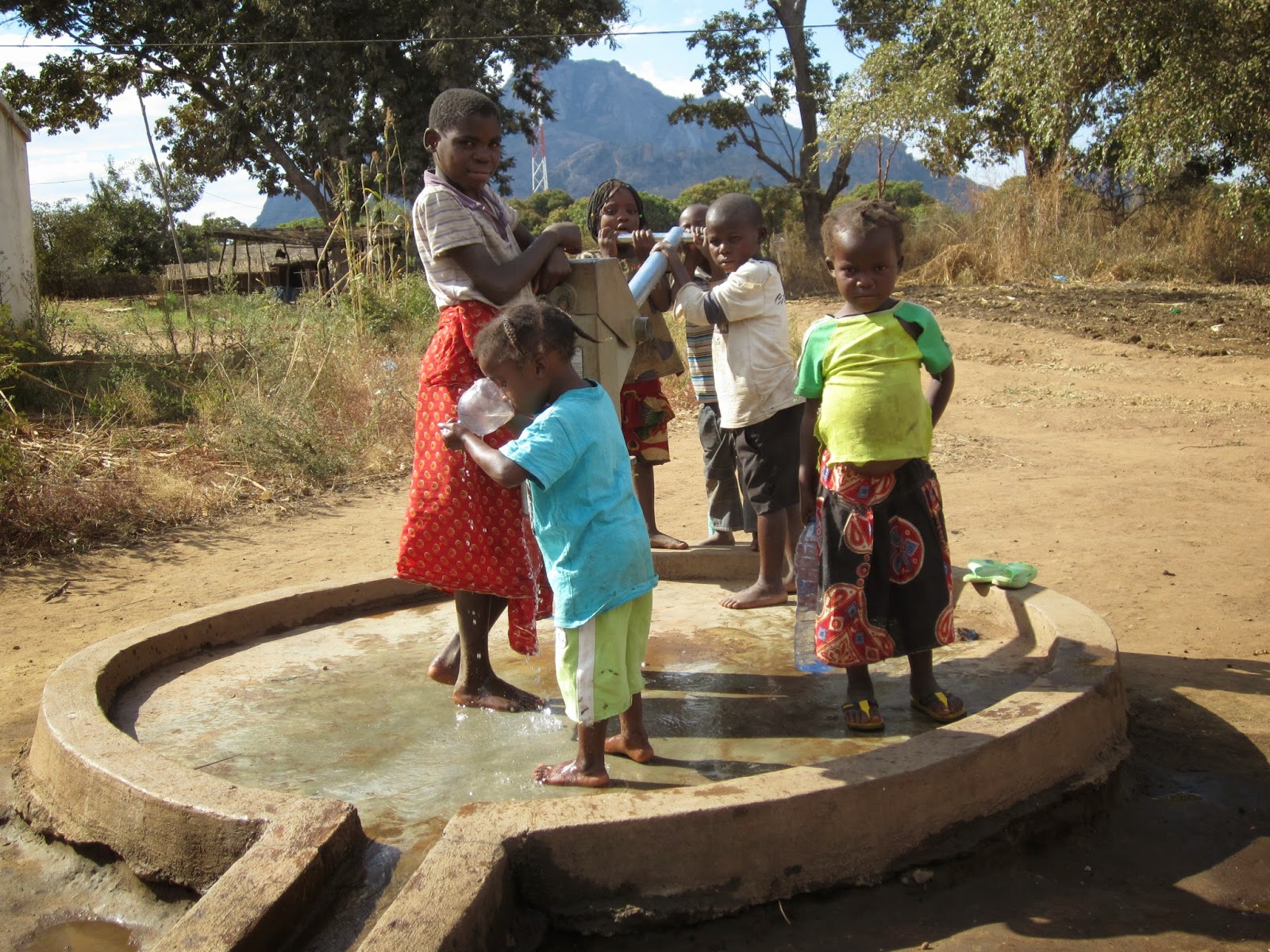 That's a great story and it COULD have ended there, but with the MI, it doesn't. The safe water well worked wonderfully and people from the entire community came to the church in Lurio to fetch water from this well. Once this well began to function, people from the church found themselves with more time on their hands and more resources at their disposal. Instead of walking a mile to the river every day and back, water was right there at the town center. And they were feeling better because those pesky parasites in the river were no longer also in their tummies. So they thought to themselves, "Hey, we've been hearing about microfinance projects with the MI. We should apply for one!" And then they did. Because they now had water that was close and flowed freely, they were able to design and implement a brick making project using the water from the newly drilled well, mud, and sand. Here's a photo of bricks drying in the sun with some of the workers from the congregation. 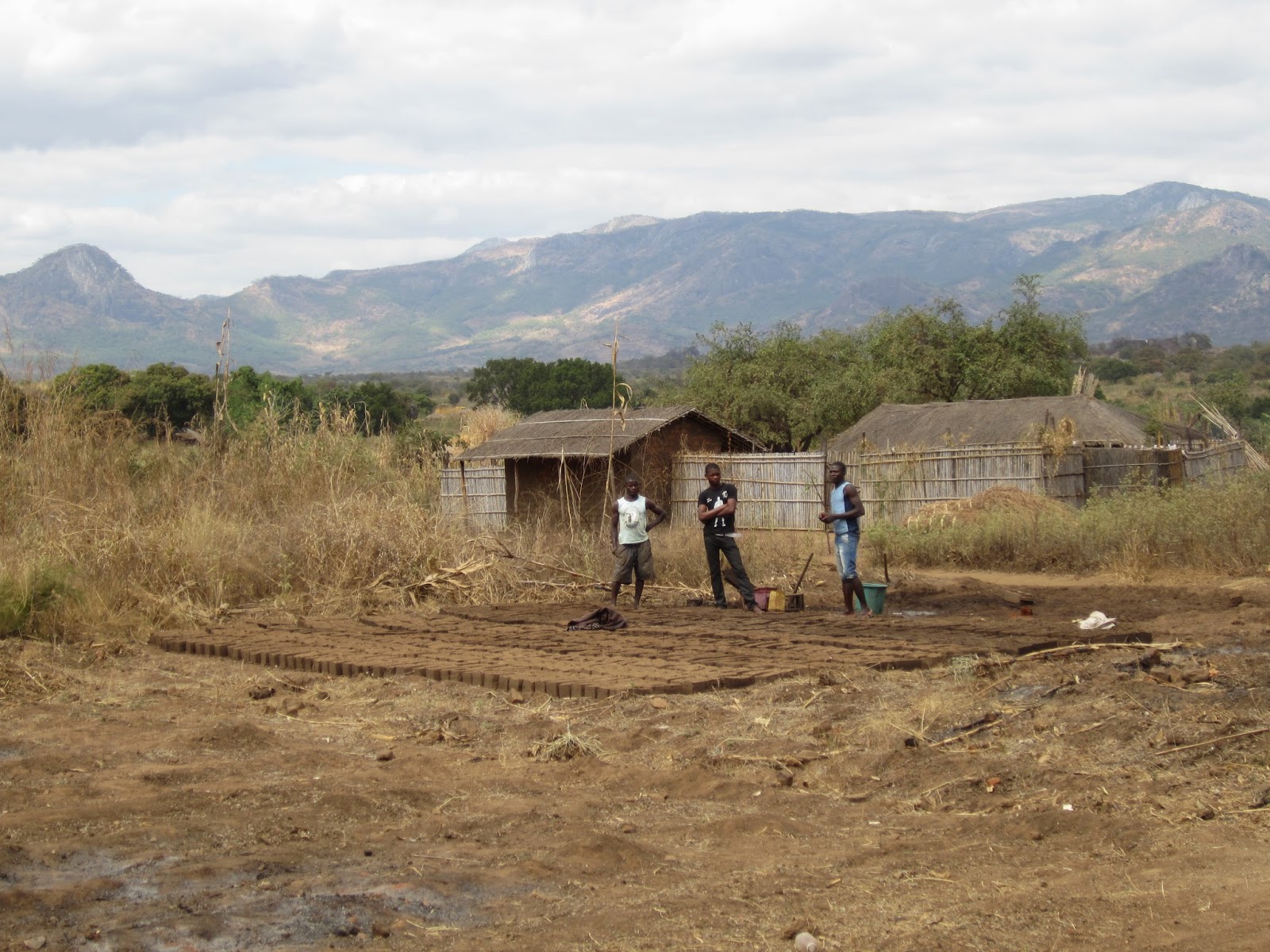 Now that the congregation at Lurio UMC is able to make bricks, they are also able to sell them. And selling bricks brings money into their community for other things. They now have the resources to work on building themselves a new chapel because the previous one was made of sticks and leaves, and kept getting washed away in storms. Here is the new chapel that is in process. 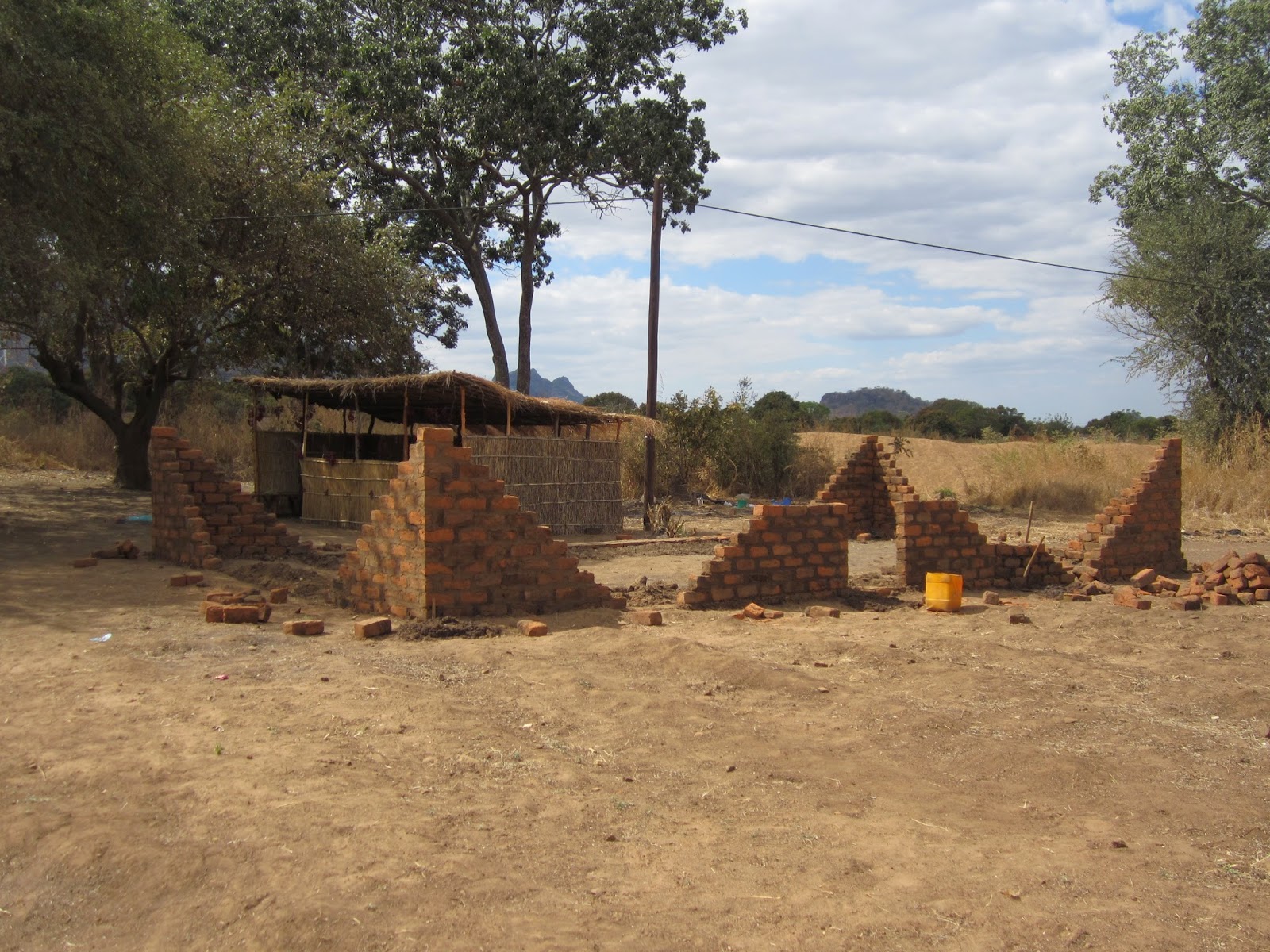 Once the chapel is finished, the local government has asked to use the building as a place to provide literacy classes for people in the village who cannot read. And so when the church is not using it's new building for worship, it will be used for the whole community for educational purposes. Plus, because of the funds raised from these projects, they are able to send a pastor in the district to the Gondola Training Center (our newly opened educational center in Northern Mozambique) in order to receive education and leadership development classes. Pastor Julio just began his training this month. 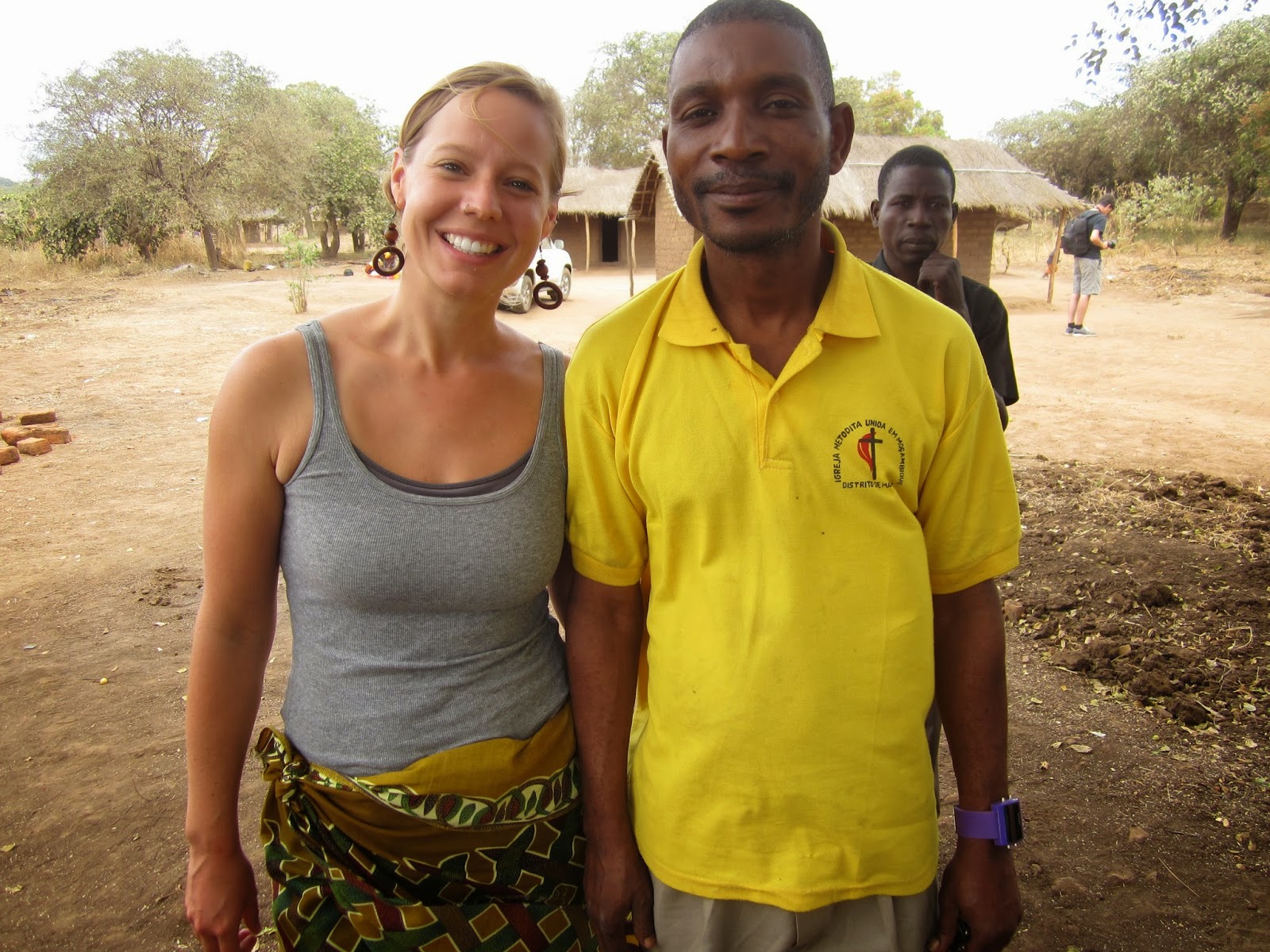 All of the pieces fit together to create the larger whole, which is simply the transformation of people and their communities toward the image of Christ. It's an amazing transformation to witness, and I am humbled to share this story as just one example of the impact of our work. Stories just like this one are popping up all over the country of Mozambique as our partnership continues to develop and strengthen.
Posted by Sarah at 3:24 PM