When Wrinkles are Roads


Here's a selfie taken just one day ago.  I snapped this pic in the midst of a mini crisis that I was having as I observed in the mirror the newly developing crows feet around my eyes as I prepared to go out for the evening.  One more year passing.  A few more wrinkles.  Sigh.  But in this moment, I opted not to let vanity get the best of me, but to turn it around...I realized in this moment (captured here by my iPhone) that the lines forming, ever so faintly, at the corners of my eyes and around the edges of my mouth are facial records of all of those unforgettable experiences that have found themselves lining up to be counted on my skin.  The deep belly laughs that have danced their way across my face over the years.  The countless times I've furrowed my brow to think deeply about an issue that I needed to wrap my mind around in new ways, the kisses of the sun on those warm and rare days when this landlocked, Midwestern girl gets lucky enough to be caught up in the beauty of a sandy beach.  These lines are my personal road map available for all to see.  These are the visible impact of the roads I've traveled.

And this year of journeying was no exception.  2013 brought with it a number of significant wrinkles that I have incurred through what can only be counted as an extremely strenuous but memorable year.  And so if we cross paths this year and you notice my newly acquired wrinkles, here is a little legend, a legend to the map of where I've come from this year, and where I am headed. 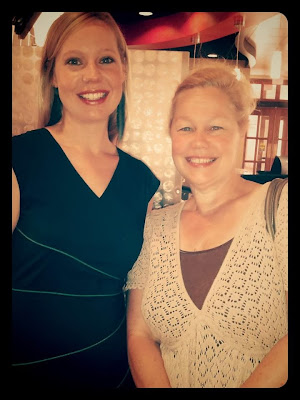 This year, I kicked my dissertation's ass and came to the end of five long years of a doctoral program, which I am still seeking to understand.  Ultimately, I am grateful for the experience, I learned a lot, including the fact that I would like to stay as far away from the academic ivory tower as humanly possible.  I fought, tooth and nail, to survive the beatings I received by power and ego, and I struggled with everything in me to rise above the system of control.  Not because the work was difficult per se, although indeed it was a challenge, but the shock of how power is abused for personal gain left my soul reeling a bit.  I was scarred by what I can only call abuse upon reflection, and I lost a piece of myself back there.  But I also gained resolve that they cannot take away from me.  I learned about priorities.  I learned about right.  And I learned about wrong.  I learned that I like getting my hands dirty more than I like thinking about getting my hands dirty.  I learned that God is among the poor more than among the powerful.  I learned that every valley will be lifted up, and every mountain and hill will be made low.  I learned that the length of your CV does not matter, but in fact, the last shall be first, and the first shall be last.  And I survived.  And I am thankful.  And I know what is important, and what is not important but guises as such. 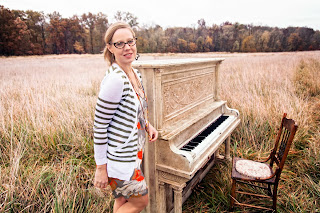 The Passion Pleats:
This year, with the help of my amazing producer, Tony Esterly, I recorded, mixed, mastered, and sent to press my very first solo album.  I poured my heart and soul into this project over the course of months and months and months.  This project was my creative energy, my outlet, my first masterpiece, and this year was made epic by the completion of this work.  The time and effort that I invested into this was huge, and the feeling of living into an artistic calling caused elation that I cannot even describe.  I have always know that music is ingrained in who I am called to be in the world, but I found a new part of this voice for the very first time through this album.  I came to know myself in new ways.  I was also lucky enough to have the album discovered by a small label out of Tokyo and the album, Both/And, was distributed across Japan.  This led to a music video and all kinds of fun adventures that involved toting a piano around the city of St. Louis. I'm not sure what else to say about this process other than it was worth every line of passion that it etched across my face.  This was an experience that I will never forget and only the beginning of the exploration of this piece of my heart. 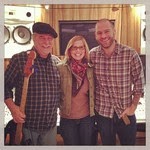 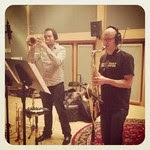 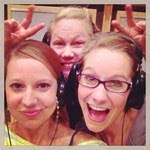 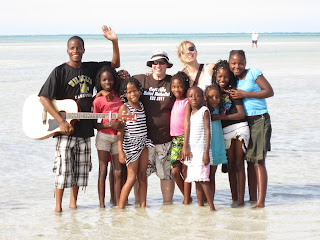 The Sun Spots and Laugh Lines:
There are lots and lots and lots of these, but most of them this year come from my journey around the world this summer, where I spent time on the beaches of Pemba, Mozambique, the cobblestone streets of Seville, Spain, and the warm patios of Faro, Portugal.  And I was blessed to travel alongside some of the most amazing people in the world.  I had the amazing privilege of traveling for 40 days and 40 nights, and I reconnected with parts of me that had been lost.  I grinned from ear to ear as I realized that I have the best, most meaningful job in the entire world, I laughed deep belly laughs as I reconnected with my best friend from New York in a beautiful Spanish city, and I felt the elation of making music with new, lifelong soul mates. 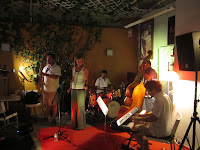 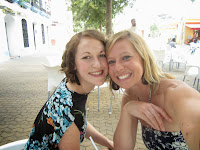 And so as I watch another year fly past me and I think about the impact of these years on my body, I choose to not look down upon the wrinkles with vain judgement, but to thank God for each one.  To attribute each new line to a path that I have traversed, to trails that I have had the privilege of blazing.  The wrinkles are roads, and I am the humble traveler with a map.

On this cold and snowy day, my mind wanders back to a warm, beach afternoon in Mozambique, where I sat content, eating a home-cooked, picnic lunch of chicken and rice and drinking 3/4 of a Coke before becoming too full to finish.  Only minutes after tossing my trash, I saw this little boy rooting through the garbage to salvage and eat the meat left on my chicken bones, and drink the swallow of cola that I had neglected to finish.  We locked eyes and we both felt embarrassed for being found out by one another.  Me being caught in my gluttony and waste, he being seen in his hunger and poverty.  I immediately felt like a selfish asshole for leaving this little boy to wallow in my waste as opposed to seeing him, being aware of his need, and being willing to share.

But more than this, what killed me, what absolutely slayed me dead, was that after "stealing" my garbage and being discovered, the little boy immediately felt the need to return the favor and repay his "debt".  He took off down the beach on a short jaunt, only to return with a small gift presented to me in exchange for what I had considered my garbage.  He extended his hand and bowed his head in a humble offering, the deep violet spines of a sea urchin in the palm of his hand, as a small token of his appreciation.  Glancing up, we grinned at each other, laughed a little, and shook our heads in recognition of how life is brutally unfair but unexpectedly beautiful, and how we can be gifts to one another if only we open our eyes and make ourselves available.  The spines of the sea urchin were a representation of his gratitude-laden heart, my chicken bones a symbol of indifferent excess.  His was, without question, the greater gift.  The two of us gestured and nodded our agreement to walk down the beach a bit together, him showing me all of the unseen beauties lying beneath the sand and hidden just under the rocks, gifts waiting to be given, reflections of his huge heart waiting to be revealed to others.

This Christmas, as I ponder the idea of giving, I am convinced that the gifts that really matter aren't those found in a mall or on a shelf.  They aren't things that can be bought or sold.  I want to give gifts like this little boy gave to me, wide-eyed, in gratitude, and in recognition of the beauty that is hiding just below the surface, peeping out between the nooks and crannies of God's great big world.  I want to stop giving the "chicken bones" of excess sold on commercial shelves that cost me nothing and are given as a last thought, but instead, give genuine reflections of my heart that portray openness and gratitude.  I learned what it is to give from this little hungry boy on a beach, and I will never give the same again. 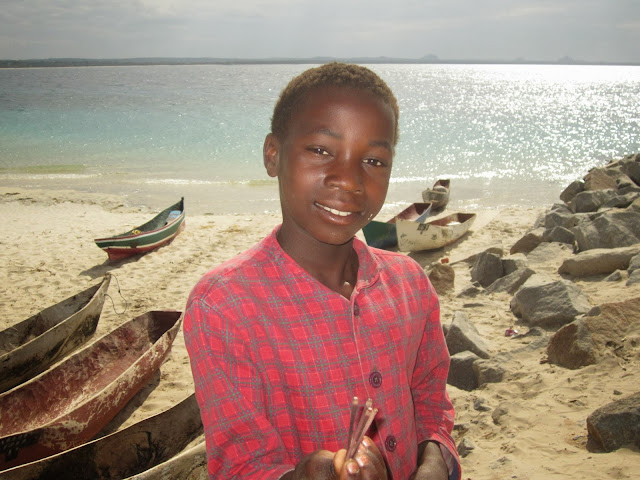