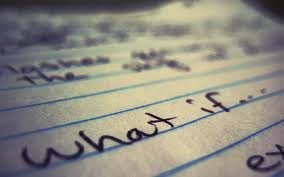 I'm a huge fan of education.  Like in a big way. Clearly, I would never have endured the lunacy of getting a doctoral degree if I didn't feel a deep commitment to the educational process for better or worse...and it IS sheer madness to even wade into these dark and dreadful academic waters (anyone who tells you differently is trying to get you to apply to their doctoral program). My love of education is not about the degrees that ensue or the letters I find strung behind my name like some unintelligible caboose at the end of a train.